Consensus of opinion in the mid-morning rain caused a late change of venue from our Guns Memorial to the St Marys RSL Club's auditorium for our 2013 Remembrance Day Service. About 100 attended the Service, including representatives from seven local schools. Many floral and other tributes were laid at the temporary memorial by the schools and a broad range of local community groups. Support from the local St Marys community was gratefully acknowledged by Sub-Branch President Ron Kelly. 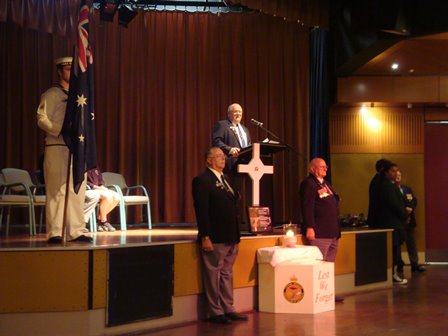 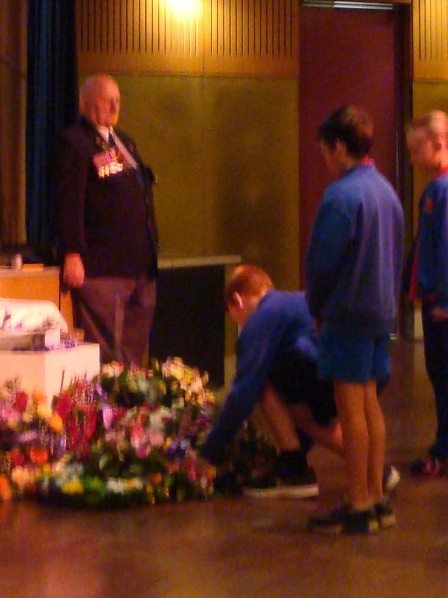 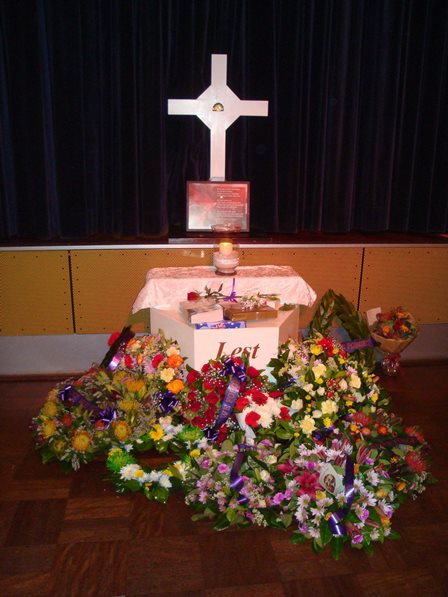 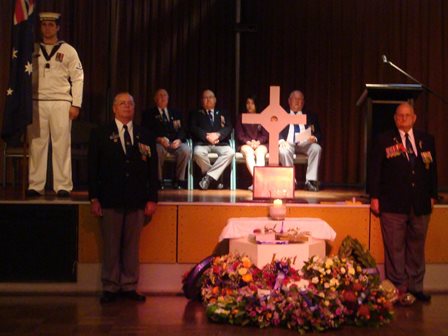 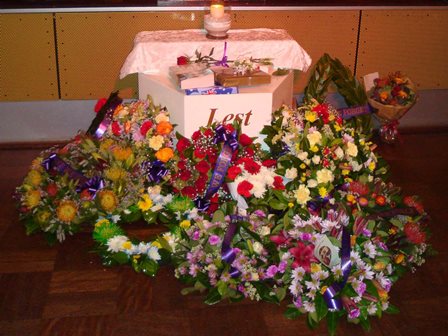 St Marys again commemorated Vietnam Veterans Day this year with a magnificent Memorial Service at the guns-memorial. Vietnam Veterans Association of Australia, St Marys Outpost, together with St Marys RSL Sub-Branch, were joined by about 300 to commemorate the occasion in a very special manner. Dianne Lindsay and Peter Simpson played a special performance during the Service (particularly the most relevant song of Dianne's - 'Living in the Shadow of the Horseshoe'), and then provided a welcome concert in the Club auditorium during refreshments. Dianne and Peter were well supported in the Service by the Sunset Station Singers and the ever-supporting Band of the 1/15 Royal New South Wales lancers - providing one of the best bugle renditions of the Last Post and Rouse that has been heard in these parts. 5CER did a superb job with the Catafalque Party. Bagpipes again provided an enjoyable addition thanks to our Piper, Andrew Iverson.

Please use controls above to play slideshow.

On a bright sunny Autumn morning, 54 folk came together at the guns memorial of St Marys RSL Club on Sunday 26th May 2013, to pay homage and remembrance for those who participated in Australia's first conflict, the 2nd Anglo-Boer War of 1899-1902. In a brief Commemorative Service, we heard poems from Banjo Patterson ("Moving On" - presented by Leslie Ayres and George Evans ("Elands River" presented by Reno Ciantar), the later poem providing a graphic description of this major battle in 1900 where the Australians were up against eight times their number in a drawn out conflict over 12 days. Ted Fish was again our excellent MC and Tony Fryer presented an overview of Australia's part in the War, finishing with a recent relevant quotation from our Governor General in reference to the Elands River battle. Local MPs David Bradbury and Tanya Davies were accompanied by a number of descendants of Boer War veterans, as well as patrons and members of the St Marys RSL Sub-Branch, their families and other interested folk. Whilst a very different format to those services associated with ANZAC, the same respect and reverence was paid by those participating. 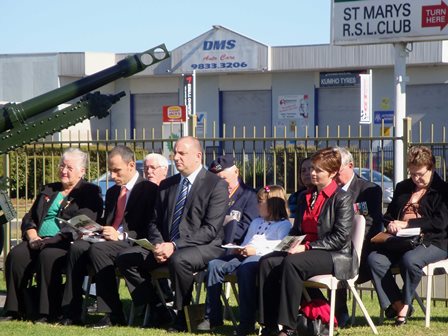 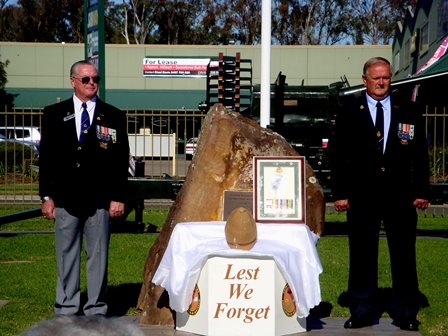 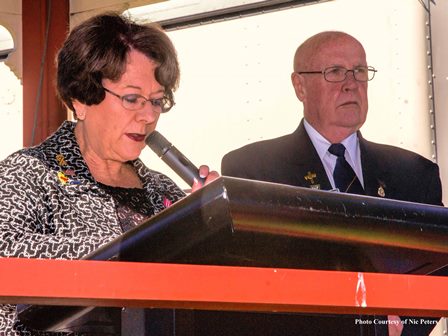 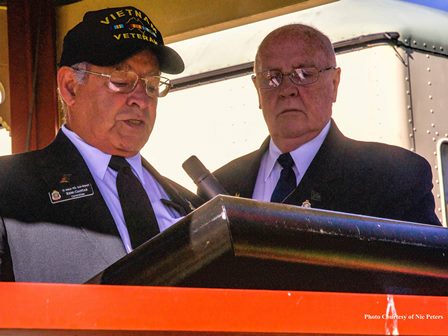 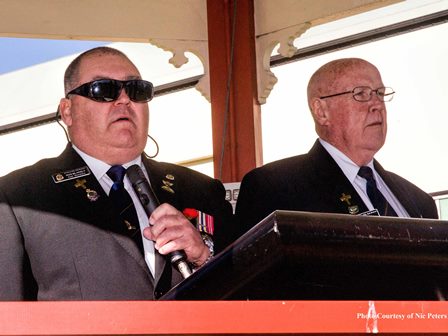 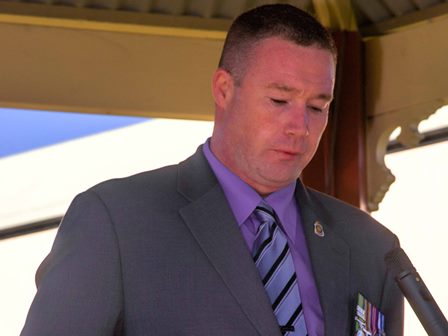 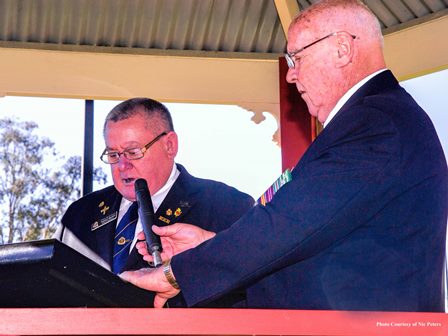 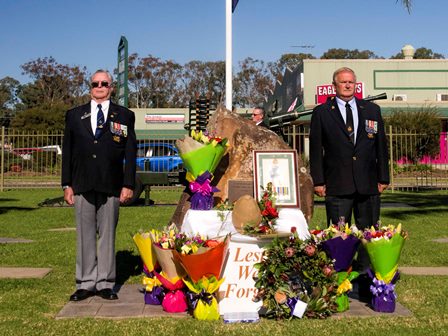 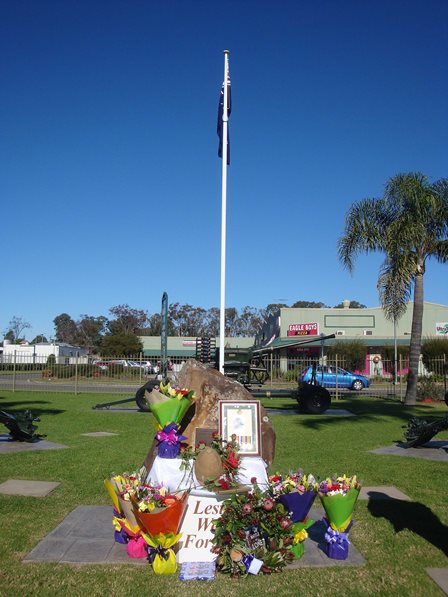 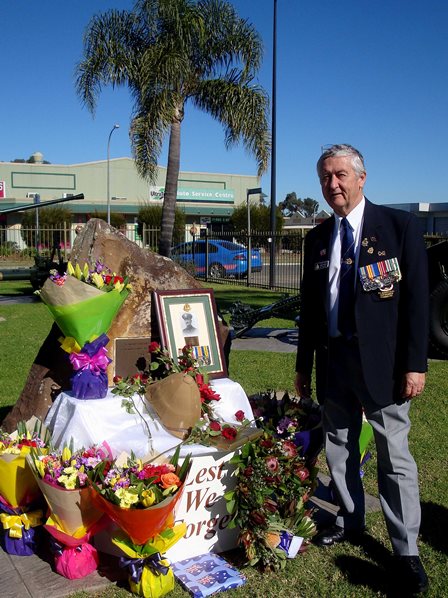 Our annual ANZAC march along Queen Street took place on Sunday 21 April under ideal conditions, concluding as usual, in Victoria Park, where our ANZAC Commemorative Service was conducted. A broad range of community groups joined Sub-Branch members in the march and participated with the public in the subsequent Service.

The success of the Service was largely thanks to the tremendous support and involvement of 5 CER (ARes), 21 ACU (Cadets), St Marys Brass band, St Marys Pipes and Drums, and the Sunset Station Singers, as well as the members of the St Marys RSL sub-Branch. Special thanks also to the NSW Police (Sgt Mark Elliott and his colleagues) for overseeing the march and our Parade Marshall. 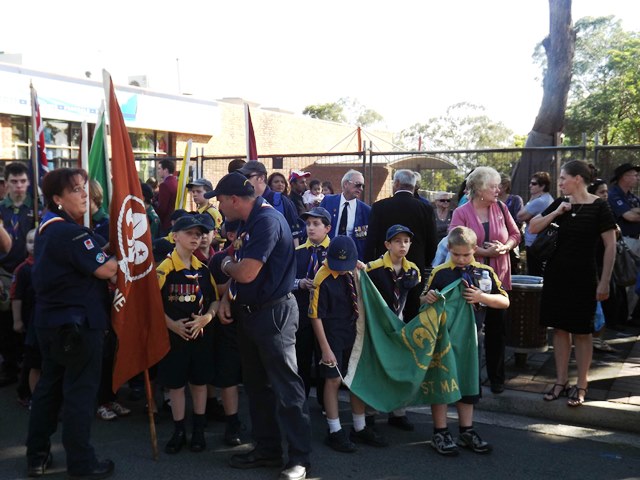 Approaching 5.30am, the Banner party positioned the Australian and New Zealand flags and the Catafalque Party mounted in front of a record crowd estimated to exceed 3,000. The live TV video broadcast to a large screen on the train carriage, ensured that those who wanted, could witness the activity in the Service. After the Service, record numbers moved into the Club for breakfast. 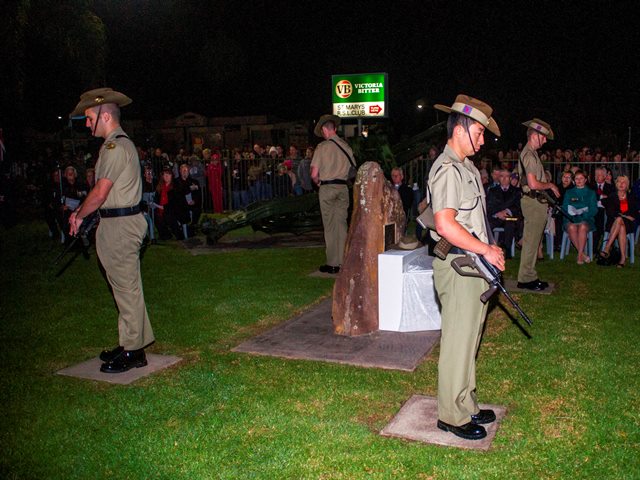