Veterans' Health Week was again conducted this year on behalf of the Department of Veterans' Affairs. It was organised for the VAN Parramatta this time by the VVAA St Marys Outpost and held in the St Marys RSL Club on Thursday 27th October. Letters had gone out to all ESOs in the local and adjoining areas, however attendance could have been better. A wide range of 'stalls' were on display, with a wealth of helpful information on health issues, for example, hearing, blood pressure, diet, funeral plans and DVA advice. The Sunset Station Singers provided intermittent entertainment, and all attending were treated to a sumptuous BBQ lunch.

On Sunday, 2nd October, a group of volunteers from the Outpost banded together to conduct a Bunning BBQ to raise funds to help in a project to restore two Caribou aircraft – both being 'veterans' of the Vietnam War. The Caribou, once restored, will be called the "Vietnam Veterans Memorial Flight" and be on display for all at Albion Park. Funds are sought to assist transport the 'spares' for the aircraft from Queensland to Albion Park. The accompanying photographs show that a few old veterans can still cook up a storm (it rained pretty-well all day). 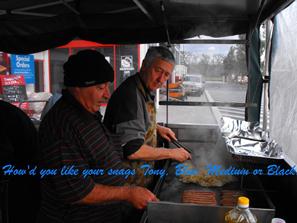 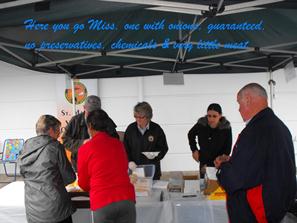 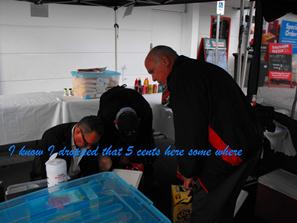 Our annual commemorative Service for Vietnam Veterans Day was again conducted at the Outpost on 18th August 2011. It was a splendid Service, as seen it the accompanying photographs. As usual we were well supported by serving members of the Services, as well as the Band and Catafalque Party from 1/15 Royal New South Wales Lancers, and our own Sunset Station Singers choir, while Mr Rod Bain gave a very informative and interesting Address.

On Thursday 4th August, St John of God Hospital held their annual Service for Vietnam Veterans, friends and families, in the chapel at North Richmond. It was well attended as usual and was followed by the traditional great hospitality from the Hospital in providing a delicious lunch for all. A creative range of patients' craft items was on display and for sale as well. A most particular highlight of the Service was the Address during the Service from an outstanding young lady, Brittany Smith, of Colo High School – all were overwhelmed. The text of her Address is available here – Brittany's delivery of it made it extremely moving and memorable. Thank you Brittany

The Outpost Education Team supplies Vietnam Era memorabilia and resources for the ANZAC Day display by the NSW Dept of Education at the Teachers Federation Building in Sydney and in the St Marys RSL Club.

St Marys Outpost takes great pride in supporting the local district and participates in the Spring festival every year. 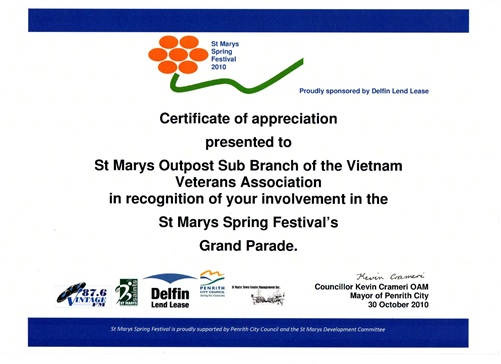 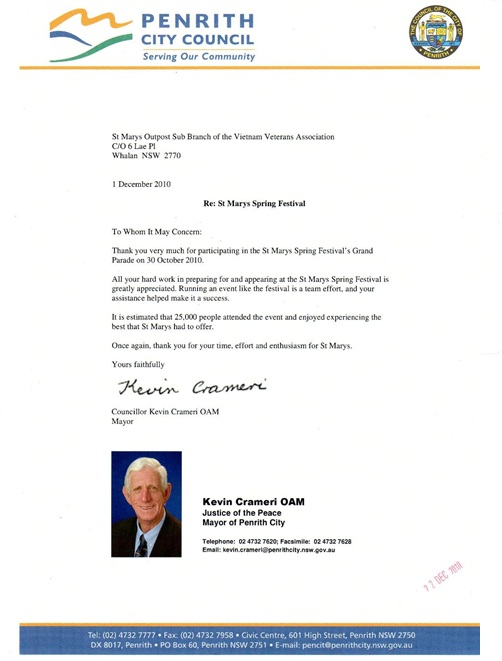 The St Marys Outpost was heavily involved in the inaugural “Defence Force and Emergency Services” expo held at the Panthers Paceway grounds.

Along with St Marys Outpost there where approx 70 other stall holders. Among these where the RAAF Recruiting, Army Recruiting, Lancers' Museum Parramatta, Nam Bus and various stalls offering information and or services from health to lifestyle etc. 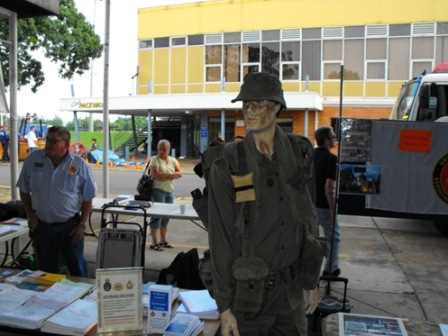 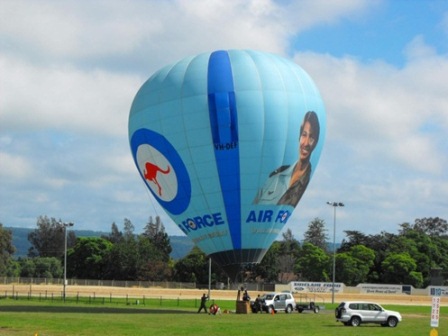 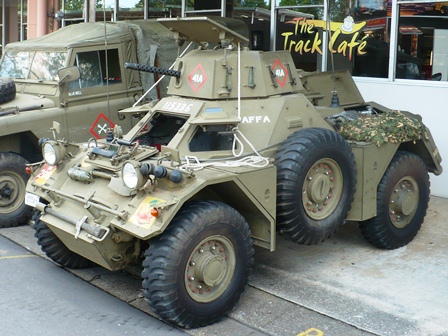 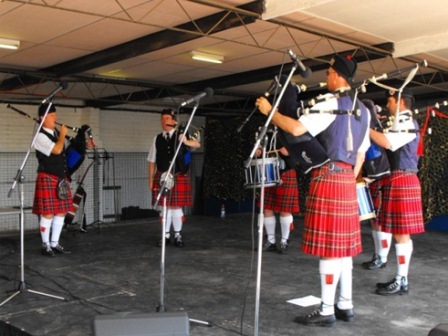 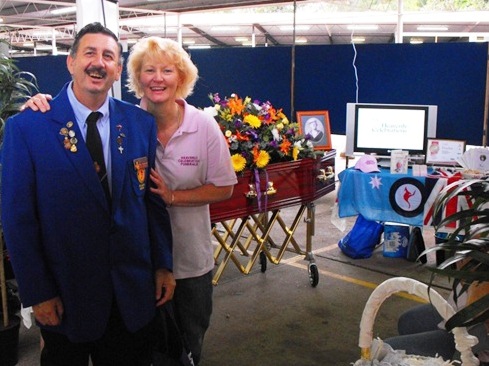 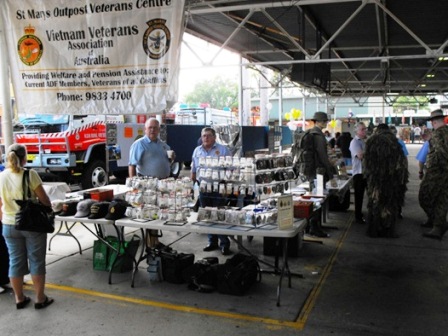 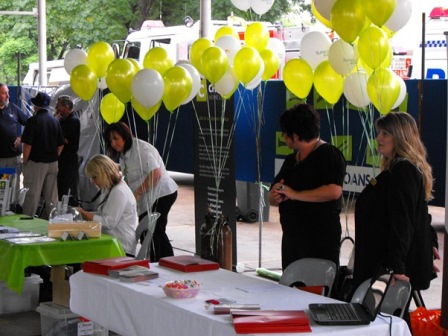 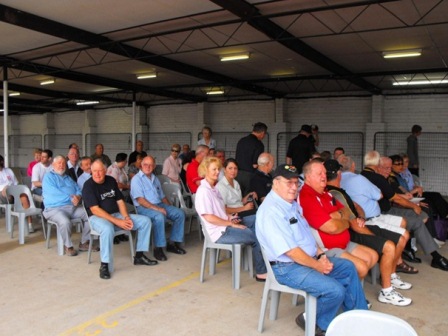 Also at the Expo we were lucky enough to get the support of the Army Swing Band along with local Penrith country singer Nicky Gilles. The entertainment was rounded out with performances by the “Sunset Station Singers” with Francis Edwards and Mark Bowden also performed with a troop of his dance group of local children. 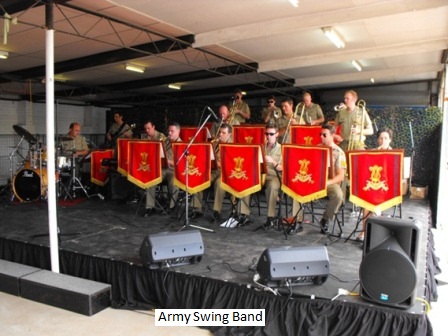 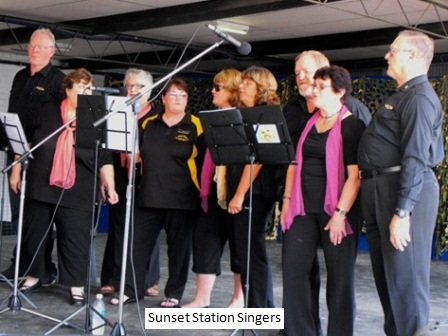 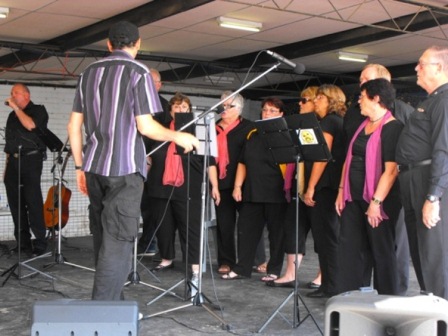 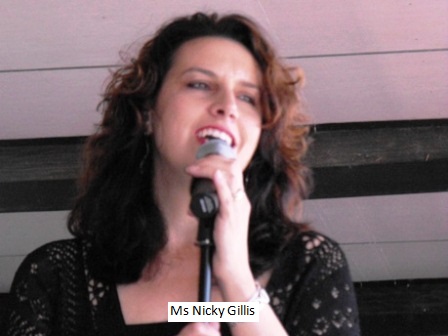 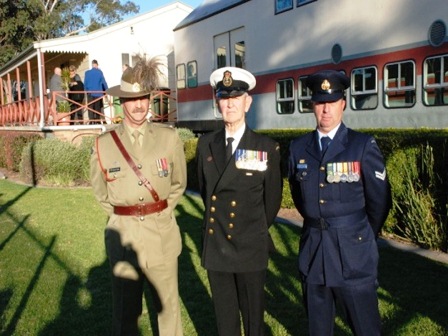 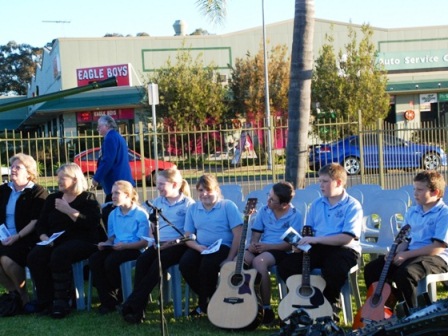 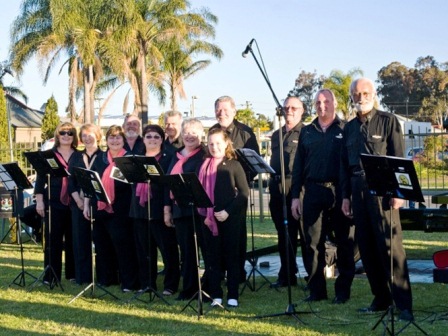 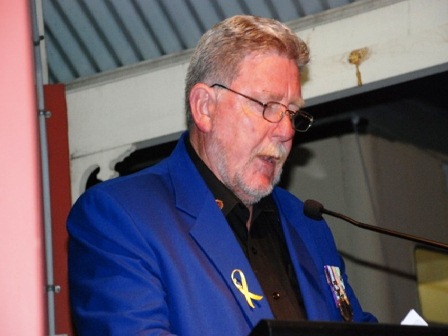 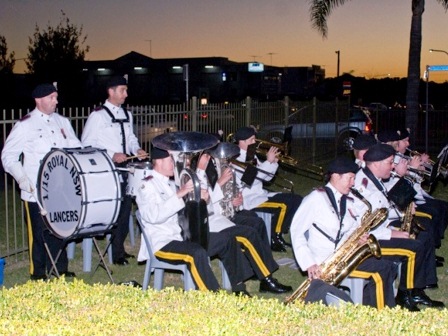 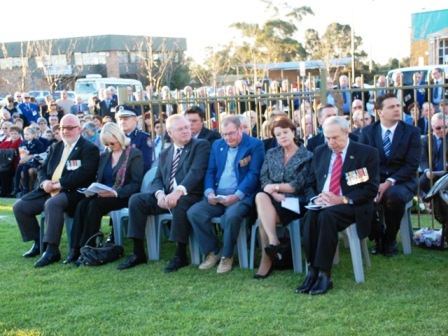 Left to right, top to bottom: 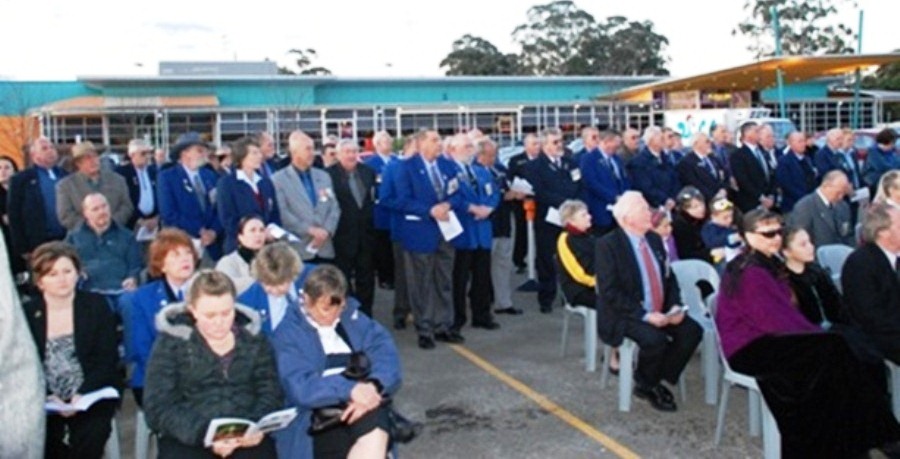 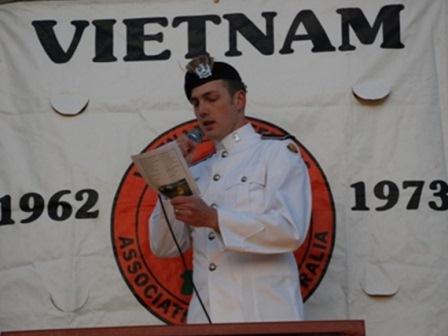 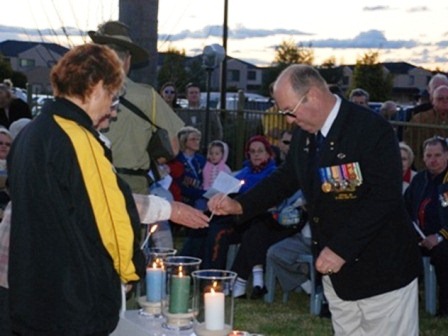 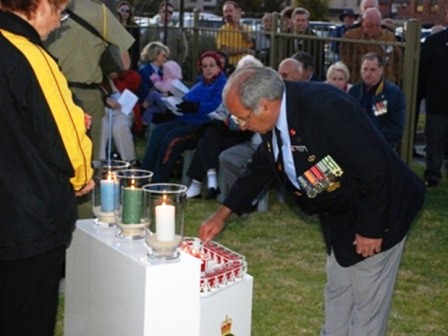 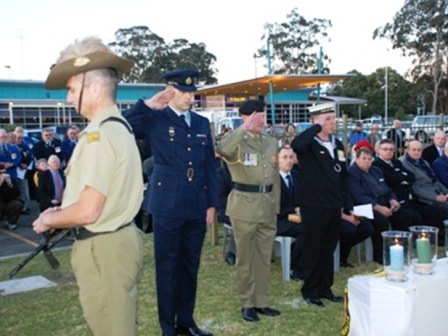 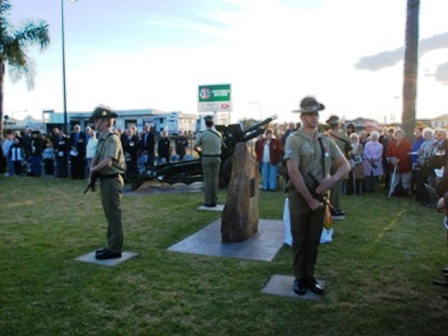 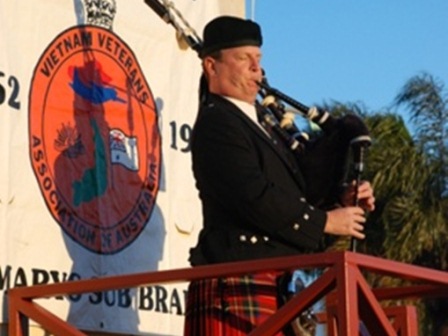 About 300 attended the Service which began with the mounting of the Catafalque Party followed by two pipers from Windsor High School playing several verses of the hymn 'Amazing Grace' - which gave a beautiful lead in to the Service. I then addressed the congregation and gave a short account of the battles of Fire Support Base (FSB) 'Coral' and 'Balmoral' and also the significance of the Battle of 'Long Tan'. Wally Thompson OAM (3 Tours of Sth. Vietnam (SVN) then gave a thought provoking address followed by Chaplain Eugene Harley, senior Chaplain SVN 1966/67 at Vung Tau, Nui Dat and the AATTV.

We were very fortunate and grateful to have the band of 1/15th Lancers Parramatta, who also provided the Bugler and Catafalque Party, plus a soloist to lead us (terrible singers) in the hymns during the Service. The Band looked extremely smart in their white uniforms and they followed the script to perfection.

I only made the request at 4.00pm (1 hour before the commencement of the Service) for the Pipers, Heather Ruys and David Withers, to play 'Amazing Grace' in addition to the 'Lament' later in the Service, once again, they came in right on cue and they were spot on. Thank You to all the musicians and guests.

After the Service we moved to the Bowling Club function area at the RSL Club where the St Mary's RSL Sub-Branch provided refreshments and Bar Service free of charge until 8.30pm